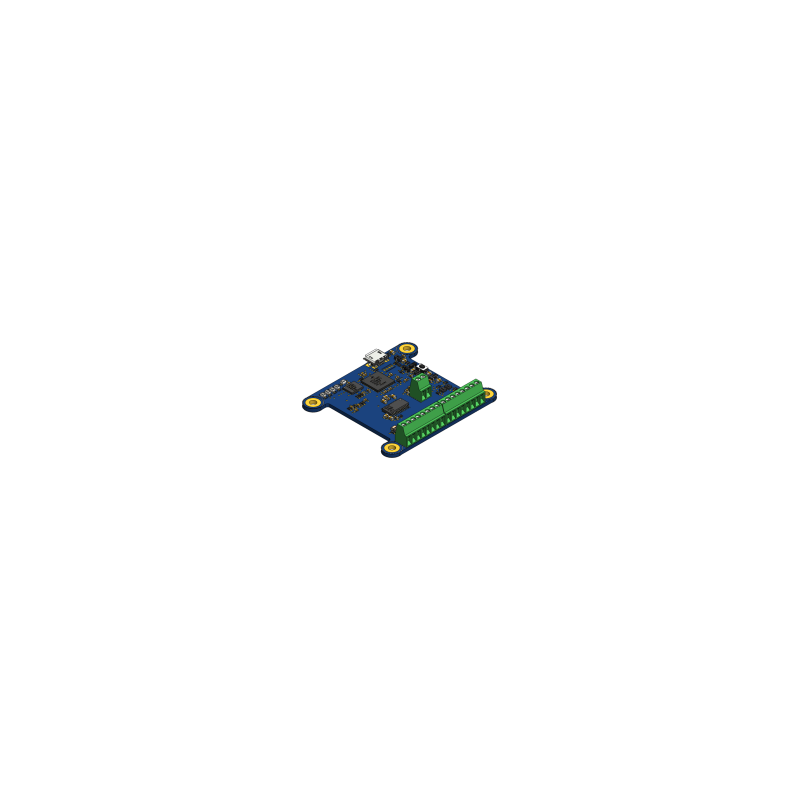 USB device to precisely measure up to 4 ratiometric signals as produced by load cells, strain gauges or other sensors with a Wheatstone bridge output. The device includes zero-tracking, temperature compensation and a built-in datalogger. You can add Ethernet, Wireless or GSM connectivity to this device.

The Yocto-MaxiBridge is a precision ratiometric analog/digital converter to measure over USB the very weak voltage produced by load cells used in weighing scales, or any other type of strain sensor or other sensor with a Wheatstone bridge output.

The measure is performed by a 32 bit A/D with built-in preamplifier and FIR filter, which allows for a sensitiity of a few nV/V. The device includes a built-in temperature sensor, which can be internal or external NTC, to cancel temperature drift inherent to load cells, both in offset and span. The Yocto-MaxiBridge can also apply AC excitation to cancel thermocouple effects, and perform zero tracking for simple applications where the measured signal frequently comes back to zero.

This version includes four ratiometric inputs, which are measured in round-robin loop, to let you easily build a weighing scale with 3 or 4 load cells. If you only need one ratiometric input, you can use the Yocto-Bridge, which is smaller and less expensive.