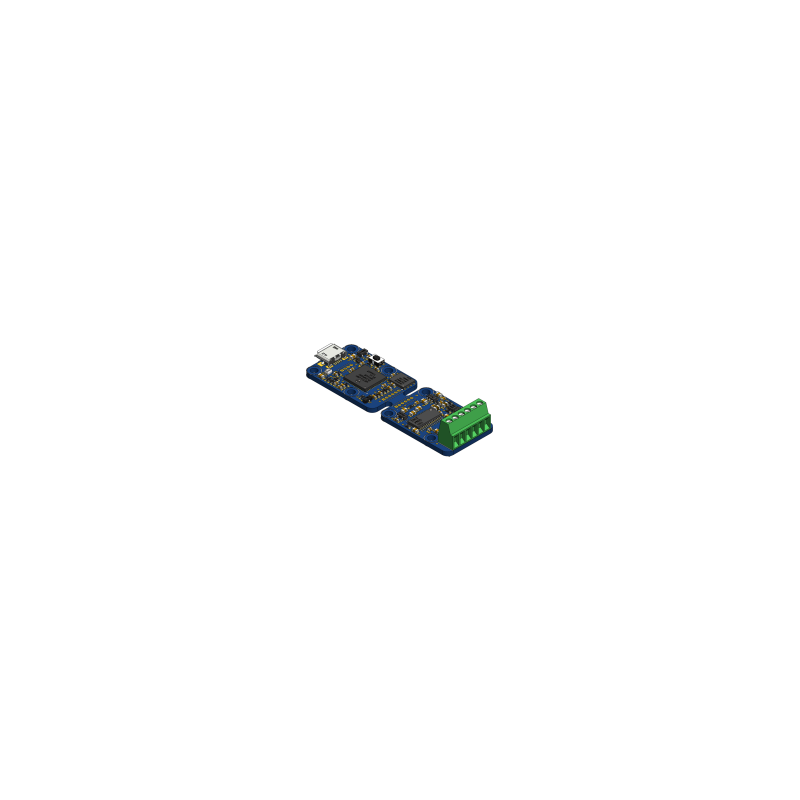 USB device to precisely measure a ratiometric signal as produced by a load cell, strain gauge or other sensor with a Wheatstone bridge output. The device includes zero-tracking, temperature compensation and a built-in datalogger. You can add Ethernet, Wireless or GSM connectivity to this device.

The Yocto-Bridge is a precision ratiometric analog/digital converter to measure over USB the very weak voltage produced by a load cell, as used in weighing scales, or any other type of strain sensor or other sensor with a Wheatstone bridge output.

The measure is performed by a 32 bit A/D with built-in preamplifier and FIR filter, which allows for a sensitiity of a few nV/V. The device includes a built-in temperature sensor, which can be internal or external NTC, to cancel temperature drift inherent to load cells, both in offset and span. The Yocto-Bridge can also apply AC excitation to cancel thermocouple effects, and perform zero tracking for simple applications where the measured signal frequently comes back to zero.