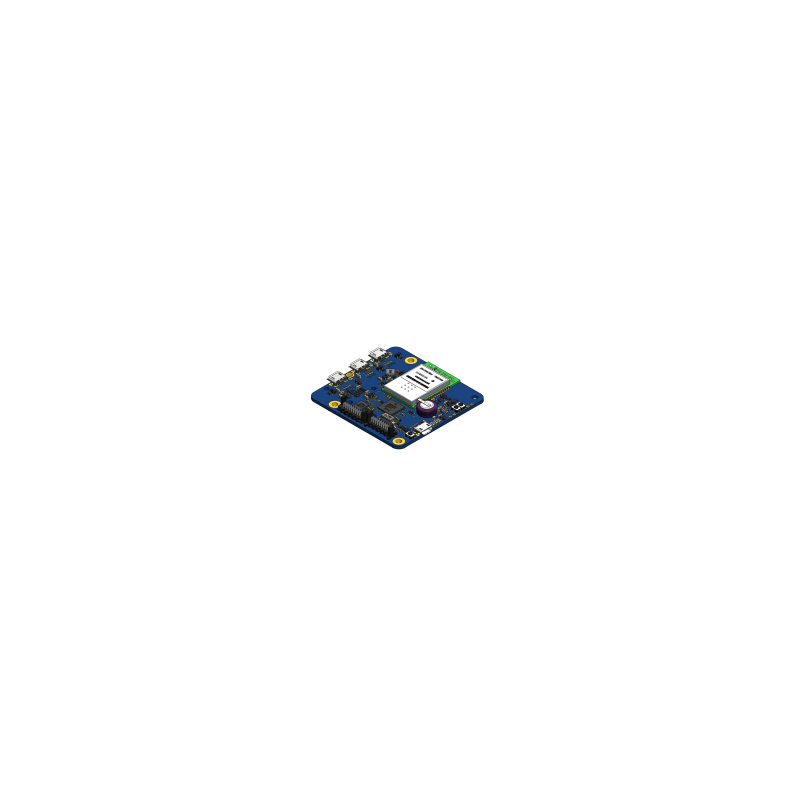 Hub enabling the connection of 3 Yoctopuce modules directly on a wireless network (802.11b), with a built-in timer. This version does not have an antenna connector, but a built-in short-range PCB antenna.

The YoctoHub-Wireless-SR is a wireless-enabled module that can host three Yoctopuce modules to access them remotely through a Wifi network. It can be powered either by a USB Micro-B cable and a regular phone charger, or a 5V battery pack.

The YoctoHub-Wireless-SR can be used in the same way as a VirtualHub running on a little PC, but it is much easier to setup and maintain than a PC. It smaller and consume less. It is compatible out-of-the-box with all existing applications using Yoctopuce API. As for the VirtualHub, it can run autonomously using HTTP callbacks.

Moreover, the YoctoHub-Wireless-SR features a built-in clock timer, that makes it possible to put the device into low-power deep sleep and wake-up automatically at predefined time. This makes it possible to reduce power consumption to 15uA while sleeping, which is crucial for applications running on battery or solar panels. The YoctoHub-Wireless-SR only needs a few seconds of wake-up time to post data on an web server using the HTTP callback.

Contrarily to the YoctoHub-Wireless, which looks very similar, this version does not include an antenna connector but uses a tiny antenna directly integrated on the PCB. It takes less space, but should only be used in applications when there is a good wireless connectivity, away from any strong electromagnetic interference.