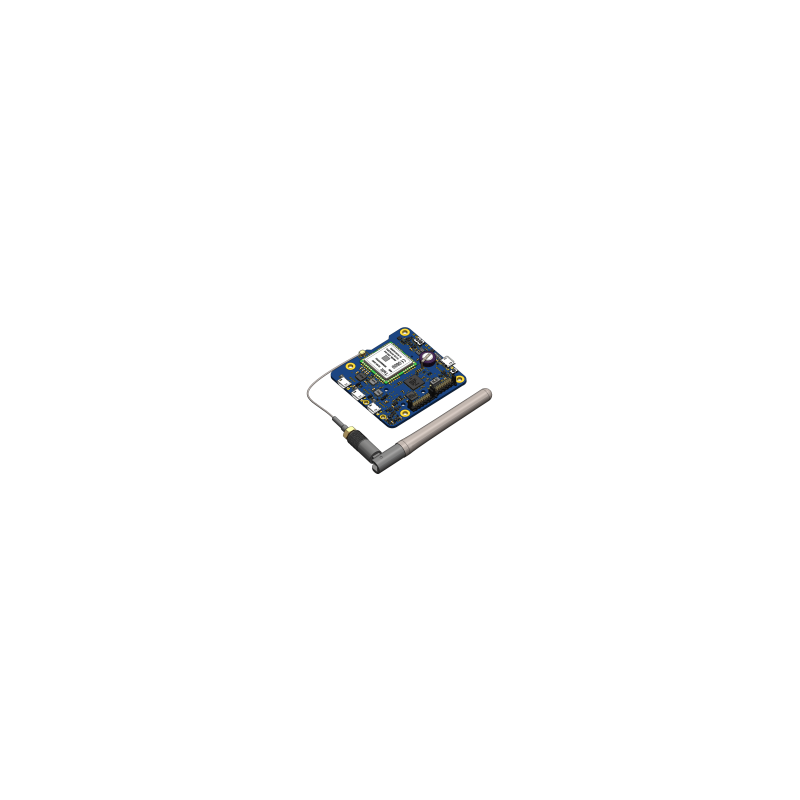 Hub enabling the connection of 3 Yoctopuce modules directly on a 2G GSM cellular network (using GPRS EDGE, aka 2.75G), with a built-in timer.

The YoctoHub-GSM-2G is a wireless-enabled module that can host three Yoctopuce modules to access them remotely through a 2G GSM cellular network (using GPRS EDGE, aka 2.75G). It can be powered either by a USB Micro-B cable and a regular phone charger, or a 5V battery pack.

The radio module supports the four most common GSM frequency bands, i.e. 900 MHz and 1800 MHz bands used in Europa, Middle-East, Africa, Asia and Pacific, and 850 MHz and 1900 MHz bands used in North-America, Caribbean and Latin America. For a detailed list of frequency bands supported in each country, please refer to the Wikipedia page GSM_frequency_bands. Be aware that although GSM 2G network still has the widest worldwide coverage, in some countries the 2G network is starting to be replaced by new technologies with more bandwidth. You might therefore be interested in the YoctoHub-GSM-3G-EU or the YoctoHub-GSM-3G-NA.

The YoctoHub-GSM-2G can be used in the same way as a VirtualHub running on a little PC, but it is much easier to setup and maintain than a PC. It smaller and consume less. It is compatible out-of-the-box with all existing applications using Yoctopuce API. As for the VirtualHub, it can run autonomously using HTTP callbacks.

Moreover, the YoctoHub-GSM-2G features a built-in clock timer, that makes it possible to put the device into low-power deep sleep and wake-up automatically at predefined time. This makes it possible to reduce power consumption to 15uA while sleeping, which is crucial for applications running on battery or solar panels. The YoctoHub-GSM-2G only needs a few seconds of wake-up time to post data on an web server using the HTTP callback.

The device is provided with an articulated antenna (9cm, with SMA connector) and a connection cable (uFL to SMA).